Emily Clare Thompson and Richard D. Russell were invited recently to join in with Broadway producer Ken Davenport’s recent networking events. This follows an initial meeting held between this trio in early December, 2016.

First was a “holiday social” event held in midtown Manhattan. Second was an event in mid-January 2017 held in Times Square. At both events, Emily & Rich were able to draw much interest toward their projects, especially It Takes A Rainbow. Stay tuned! 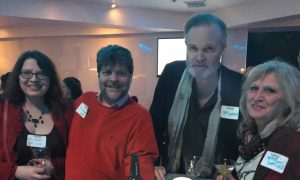 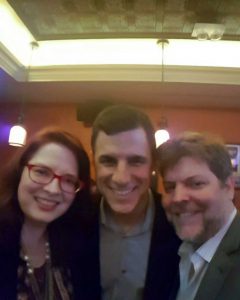