NEW YORK — The Midtown International Theater Festival recently recognized It Takes A Rainbow with 5 festival nominations. With over 80 shows presented during the Summer 2017 festival, Richard D. Russell’s compositions for the show were singled out for Best Music. The production also won for Best Set Design, recognizing the theater designer Steven M. Schweer. 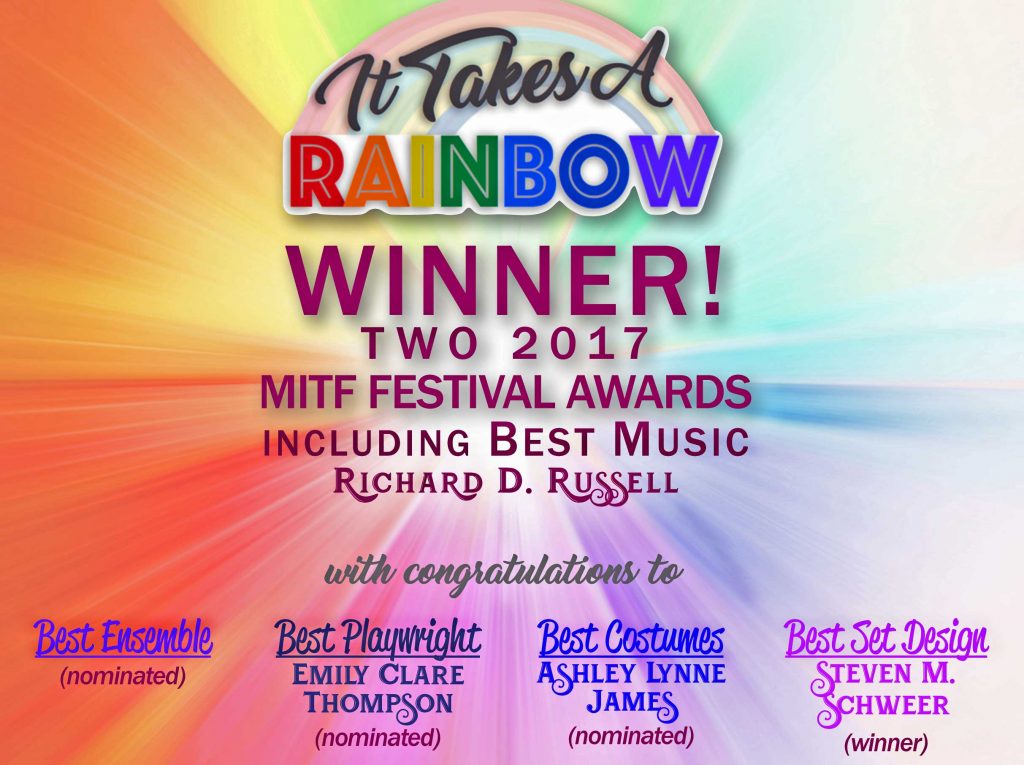 This was a New York City premiere of a Thompson and Russell musical, and it enjoyed a sold-out run across its performances. The festival organizers noted that It Takes A Rainbow was a “box-office home run.”

In accepting the award, Mr. Russell stated: “Those who understand the craft of musical theater know what a collaborative art form musicals are. From the costumes to the musicians — to everyone —this was truly a team effort. And we couldn’t have asked for a better cast, an amazing mix of adults and children. I thank them all for bringing this show to New York City.”

He also thanked his partner, Ms Thompson: “This music is recognized only because of the fantastic words and direction Emily gave to the show. We almost always write with the lyrics coming first, and, for me, the lyrics dictate what the music will sound like.”

Nominated for Best Playwright, Ms. Thompson was a triple threat during the MITF production, writing not only book and lyrics, but also directing the festival production. She singled out thanks to the fantastic parents of the younger cast members, with their long commutes (and New York City parking fees!) to contend with. “We were truly blessed with generosity of the entire cast and their families. We are ever so grateful for everything they contributed to make this happen.” 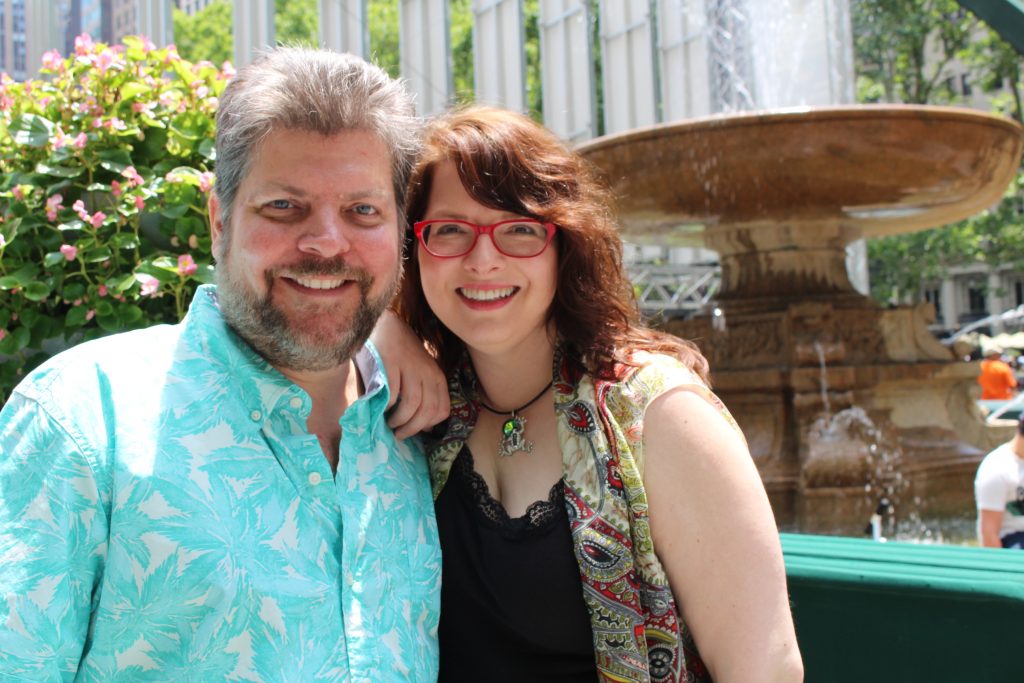 Thompson and Russell musicals have garnered broad acclaim. Broadway World has called Thompson and Russell “… one of the leading teams of writers of theatre for young audiences.” Huffington Post called It Takes A Rainbow “…a remarkable musical.” Tony-award winning producer Ken Davenport called It Takes A Rainbow “…a great property,” adding “You two have something special.” A New Jersey newspaper described Ms. Thompson as “…a theater powerhouse.”

Thompson and Russell call their 7 (and counting) shows “Musicals with Character.” These theater projects address issues such as bullying, gossip, and diversity, to name a few. The shows have been popular with parents and teachers alike. One mother noted how the musicals “ …develop(s) young minds into forward-thinking, creative, and more open-minded people.” An elementary school teacher once stated, “I have seen children thrive in this environment, and their self-worth soars.”

The Midtown International Theater Festival began in the year 2000, and through 2017 was the longest continuously running theater festival in New York City. The MITF presents stage plays and musicals, whether mainstream or focused on an ethnic or cultural niche.The MITF is the brainchild of John Chatterton, creator of OOBR (“the off-off-broadway review”), which for many years was the only publication exclusively devoted to covering the Off-Off-Broadway scene. Mr. Chatterton started the MITF as a way to present the finest Off-Off-Broadway talent.