About Thompson and Russell 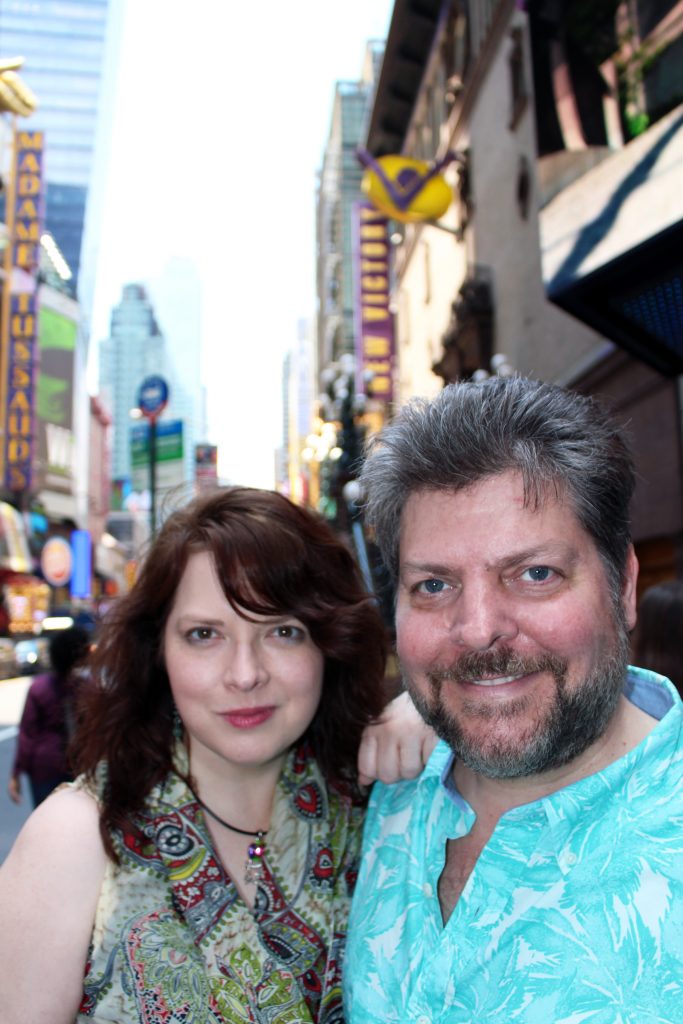 Thompson and Russell | The Collaboration

Called “… one of the leading teams of writers of theatre for young audiences” by BroadwayWorld.com, Thompson and Russell is Emily Clare Thompson, book and lyrics, and Richard D. Russell, music. Their biggest success to date is a production of It Takes A Rainbow at the 2017 Midtown International Theater Festival in New York City’s Off-Broadway district. Richard won “Best Music” for that festival of over 80 shows, while Emily’s original script was nominated for “Best Book.”

Thompson and Russell produced that festival presentation, garnering a further win for “Best Set Decoration,” while picking up additional nominations for “Best Costumes” and “Best Ensemble”. The musical picked up great reviews from BuzzFeed, Huffington Post, and others. (See the Reviews page for more.)

As a team, Emily and Richard participated in musical theater writing courses and workshops at ASCAP, the New School University, and Theater Resources Unlimited. Before they met, Richard had been part of the prestigious BMI Musical Theater Writing Workshop. They are also active clients of Tony Award winning producer Ken Davenport, where Richard is a member of Ken’s Mastermind group. They regularly attend various networking events for theater producers and writers. Both are ASCAPplus award winners for their collaborative efforts.

They met in  1999 at Mannes College of Music. Richard worked in the school’s administration and Emily directed the summer opera workshop program. Emily’s mother, Marian Thompson, a voice teacher at the college, introduced the two. Soon, Emily invited Richard to compose  music for some of her original Shakespeare adaptations. (These musicals can be found on this website by clicking here.)

After three Shakespeare adaptations, Emily decided to try her hand at writing an original story, and the musical To A Muse was born. It was a great success, and the pair followed up with Cupid’s Bow. Continuing in the realm of myth and fantasy, the team decided to tackle the legend of King Arthur next, creating A Knight At The Round Table.

To date, Thompson & Russell have written seven original musicals. These musicals can be found by clicking here.

Emily Clare Thompson, trained at Mannes College of Music since a child, has appeared in countless choral groups, operas, concerts, and theater performances since age five, with professionals such as Andy Williams and her mother and primary teacher, soprano Marian Thompson.

On 2017, she was nominated for a “Best Playwright” festival award for her original musical,It Takes A Rainbow, which was presented at the Midtown International Theater Festival that year.

As a soprano, Emily has performed regularly with the Baroque Orchestra of New Jersey, premiered works by contemporary composers, and performed classics from the standard repertoire. In addition to performance, Emily has produced and directed classical repertoire and written book and lyrics for seven produced musicals with composer Richard D. Russell. She is the founder executive director of In Mid Air Productions.

Emily graduated from Smith College with a BA with high honors in English Literature and an MA in Creative Writing and Literature from Fairleigh Dickinson University. She is grateful for the support of her family. 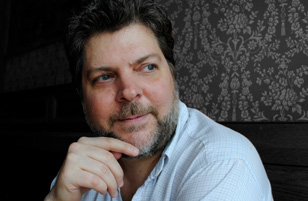 A multi-year ASCAPplus win­ner, Richard D. Rus­sell’s music has been per­formed inter­na­tion­ally and at promi­nent venues in New York. High­lights include a Sep­tem­ber 11, 2002 memo­r­ial per­for­mance of “Remem­brances” at Merkin Con­cert Hall, and a per­for­mance of “Design for Light­ning” by trom­bon­ist Haim Avit­sur in Israel. As well, his music has been per­formed in Bul­garia and Japan. In New York, some venues have included Sym­phony Space Thalia, CAMI Hall, the Eth­i­cal Cul­ture Soci­ety, and Mannes Col­lege of Music.

On 2017, he won a “Best Music” festival award for his work on It Takes A Rainbow, which was presented at the Midtown International Theater Festival that year.

Richard has been com­mis­sioned twice by the esteemed musi­col­o­gist Lawrence Kramer. First, in 2010, a song cycle for Ford­ham University’s “Poets Out Loud” fac­ulty group (with texts by Elisabeth Frost); sec­ond, in 2011, a solo piano com­po­si­tion per­formed in con­junc­tion with a two-day sem­i­nar spon­sored by the jour­nal, 19th-Century Music.

Richard Rus­sell has been active in the New York Com­posers Cir­cle for sev­eral years, hav­ing served on its Steer­ing Com­mit­tee and act­ing as Man­ag­ing Direc­tor. Cur­rently, he acts as the NYCC web­mas­ter and In The Loop newslet­ter edi­tor. He is also the artis­tic con­sul­tant for In Mid Air Pro­duc­tions, which has pre­sented sev­eral of Richard’s pieces. 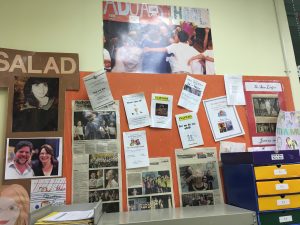